What is it with all the senile old men coming out for communism lately?! Immediately after the relic, JP Stevens, demanded the repeal of the 2A, fake American Larry King babbles about slavery and “getting rid of” the people’s freedom. Of course, as with all SJWs, he’s lying and projecting – unless this was the senility talking.

No, Larry, no… The 2A had NOTHING to do with slavery, for or against. While most slaveholders likely did not want armed slaves, that only boosts the notion of arms combatting tyranny. And the slavers instituted the nation’s first gun control laws in order to keep slaves (and free blacks) from owning arms – in violation of the Second. What this fossil really means, if he’s thinking clearly, is that we should all be unarmed slaves, serfs before our corporate and government masters. Thanks for the wisdom, jerk. Now, back to the nursing home.

READ (AND WATCH) THE DEMENTIA AT TMZ

Picture by TMZ (modified by PL). 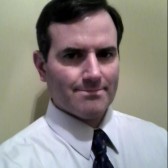